Predictions for freelancers in 2022 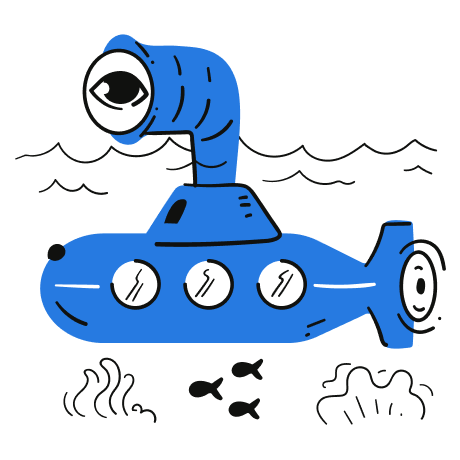 As the freelance economy continues to grow, it's important that we keep our finger on the pulse of what's going on.

Freelancers are no longer the outliers, but rather they're the modern workforce. The number of freelancers is on the rise as advances in technology have made it possible for people to work outside of traditional office settings.

What does this mean for you?

Let's take a look at some trends affecting freelancers and see what the future looks like.

As you might imagine, the freelancing sector is growing at a rapid pace. A 2010 study by Intuit predicted that by 2020 more than 40% of the US workforce would be contingent workers. Those predictions weren’t far off the mark. Upwork and the Freelancers Union's 2017 study found that 57.3 million Americans are freelancing (36 percent of the U.S. workforce).

By 2023, the global freelance market economy is likely to reach $455 bn USD

And a survey conducted by Upwork and Edelman, the majority of the American workforce will be freelancing in the future. In fact, basing estimates on the annual growth rates of 4.2% in 2016 and 0.6% in 2017—if the growth rate is close to constant (it’s actually increasing)—projections forecast that 90 million Americans will be freelancing by 2028.

Growth projections assume the growth rates for freelancers in the U.S. and U.S. workers overall stay constant between 2016 and 2017, with freelancers expected to increase by 4.2% and US workers 0.6%. If these growth rates hold true, the majority of the U.S. workforce will be freelancing by 2027.

This image above shows the number of freelancers in the United States from 2017 to 2028. Based on this data, projections indicate that in 2027, 86.5 million people will be freelancing in the United States. That’s equivalent to 50.9 percent of the total U.S. workforce.

Either way you look at it, with younger professionals seeking flexibility in the workplace and companies of all sizes increasingly turning to freelancers for help, we don’t expect to see this trend slow down any time soon.

Younger generations are more drawn to freelancing: Gen Z (those born after 1996) are most likely to take up freelancing when compared to other generations. In fact, 53% of workers aged 18-22 performed some freelance work in 2019, making this the highest rate of participation of any generation since 2014. And data shows:

Working as a freelancer is a long-term career choice among 53% of Gen X workers. 2021 research by Edelman Intelligence state the main reasons why people per generation chose to start doing gig work:

In the past few years, many freelancing platforms have popped up, which helps both freelancers and clients. The platforms serve as a hub for everything needed to complete a project. They offer services like payment processing, billing, project management, communication and more.

Upwork is one of the largest freelancing platforms on the web, with over 10 million registered freelance professionals and 4 million clients. Other popular platforms include Freelancer.com, Guru.com and PeoplePerHour.com.

30% of Fortune 500 companies use platforms such as Upwork to hire freelancers. And you can expect to see more big companies get into using freelancers at a rising rate.

More platforms mean more competition and more opportunity for freelancers. And as more people realize that freelancing is a viable career option and not just a stopgap measure between jobs, we’ll likely see even more platforms spring up to meet demand.

In the past, if you struck out on your own as a freelancer, you were … on your own.

Now, that’s not necessarily true. With the freelance workforce growing, we’ve seen an increase in programs that help freelancers get benefits, including health insurance and retirement savings. New laws in some states and cities are aimed at making sure freelancers are paid on time and receive benefits like parental leave. This is an important step, but it is only the beginning.

Expect to see more colleges, communities, and civic leaders developing initiatives to assist freelance workers. This may take the form of tax support, insurance and benefits, education, healthcare, or other services that enable freelancers access to benefits while enabling platforms to outsource and prioritize what they do best.

There’s this notion that freelancing is a 24/7 job, and while the flexible hours can be an advantage, it’s also a disadvantage when it comes to finding time to rest. Freelancers need time to recharge their batteries so they can keep creating high-quality work for clients. As more people choose freelancing as a career path, we’ll see them advocate for better work-life balance.

As freelance workers look to avoid burnout and keep the passion alive, they will advocate for resources to help them with health and wellness.

Freelancers will also benefit from the rise of artificial intelligence (AI) and automation. With technology taking over some of our time-consuming tasks, freelancers will have more time to focus on work-life balance instead of worrying about churning out content around the clock or hitting a certain number of hours per week.

The global workforce is changing. As the freelance economy grows, so do the concerns of freelancers. And many of those concerns center around economic stability and equality.

The gender pay gap exists across industries, but it’s especially prevalent in freelancing.

One study analyzed more than 200,000 invoices from freelancers. The analysis concluded that female freelancers earn 32 percent less than what male freelancers make for the same job in the creative economy.

To put this into a dollar figure, women who earn a living as freelancers make less than $31,000 a year, while their male counterparts earn more than $45,400.

We’ll see increased transparency around compensation as more freelancers begin to share their rates. As journalist Anna Codrea-Rado notes, "While self-reporting no doubt has its limits, it’s an important start."

PREDICTION: More companies will turn to freelancers to get work done

The rise of the independent worker is changing the way businesses operate. Companies must adjust their business models to hire and manage freelancers, as well as retrain their full-time workers to work effectively with freelancers. Meanwhile, employees are looking for more flexibility and control over their careers, which is driving many professionals to become freelancers.

“As the nature of the workforce becomes more fluid, more businesses are realizing the value of a flexible resource they can call upon when needed,” said Robert Clarkson, chief revenue officer at Payoneer.

55% of freelance workers in America are concerned about the impact of automation.

More than half of all freelance workers across the nation are worried about how automation — a term used to describe an increase in automatic procedures and a decrease in human input — will affect their livelihood. Meanwhile, only 29% of non-freelancers have the same concern.

Both AI and ML have been around for years, but advancements in technology have made them more accessible than ever. Similarly, new productivity tools and apps are popping up every day, making it easier for professionals to automate tasks that once required a human hand.

While some people see the rise of automation, AI, and ML as a threat to their careers, others see these advancements as opportunities.

People who are threatened by automation, artificial intelligence (AI), and machine learning (ML) will either adapt to these advancements or be left behind. The same is true for freelancers.

While there's no doubt that automation will continue to create new challenges for those who work in jobs that can be performed by machines or software, I think most freelancers will be able to adapt by finding ways to apply their skills in new ways or in roles where automation doesn't yet make sense.

PREDICTION: We will see Freelancer’s Day officially recognized around the world

Freelance workers are not only growing in numbers but they are also becoming a very important part of the global economy, generating nearly $1 trillion dollars annually. We believe that we will see Freelancer’s Day officially recognized around the world as freelancers across the globe continue to make a significant impact on the economy.

The U.K. has designated June 16 as National Freelancer’s Day, in part, due to the IPSE and the support of the U.K. Commissioner of Small Business for encouraging recognition of U.K. While that’s a good start, it’s time for all countries to recognize the important role and contribution made by freelancers. We have appreciation days for school bus drivers (Feb 26), Armenian prosecutors (July 1), groundhogs (February 2), polar bear plunging (January 1), choreographers (January 9), and bartenders (February 24).

Where’s the love for freelancers?

Steve Slaunwhite, Pete Savage and Ed Gandia — all long-time freelancers — established September 24 as International Freelancers Day back in 2010 as part of a global initiative to celebrate independent workers everywhere and the tremendous impact they have on the economy.

As freelancers continue to become a more integral part of the workforce, expect to see independent workers get an official holiday that celebrates their contributions to society and their economies.


Chapter 4
Escape the 9-to-5
Chapter 6
Most frequently asked questions about freelancing

We use cookies to improve your experience on this site. You can learn more here.
DismissI’m cool with that


Predictions for freelancers in 2022

Intro
Introduction to Predictions for freelancers in 2022
Chapter 1
A look back at 2021
Chapter 2
Anyone can work from anywhere
Chapter 3
Freelancing is reshaping the workplace
Chapter 4
Escape the 9-to-5
Chapter 5
Freelancing trends and predictions
Chapter 6
Most frequently asked questions about freelancing
Chapter 7
7 things to do right now to be successful in 2022
Chapter 8
The life of a freelancer: Juggling work, wages, wanderlust, and wellbeing
Chapter 9
Looking ahead: What does this mean for 2022?