The Hectic Podcast with Marek Hosek: Keep it going

Hear Marek Hosek, Owner of MHDezign, talk about how being an independent creator opens more doors, and why the connections you build matter most.
Darryl Kelly
Freelance stories 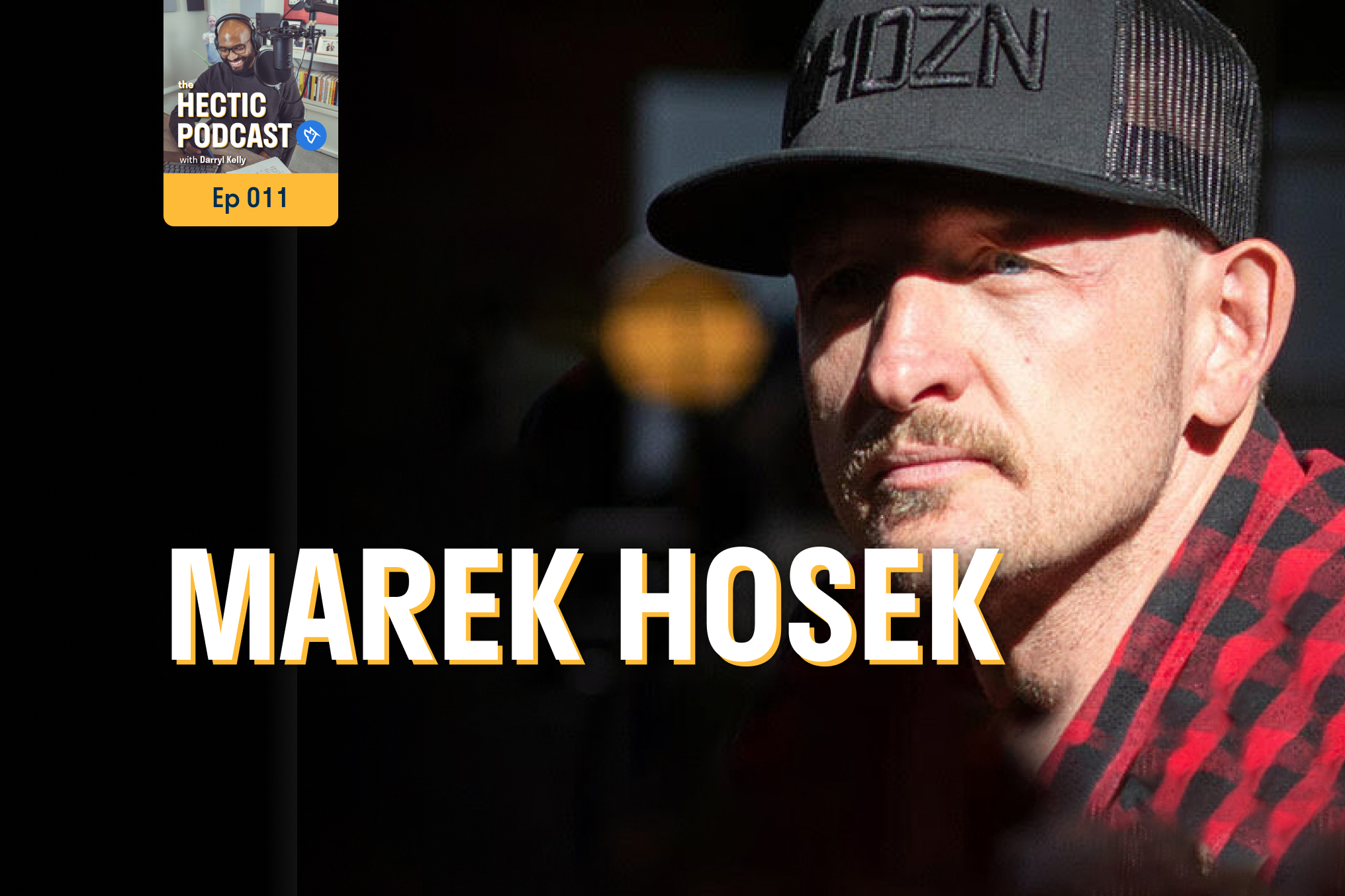 When Marek Hosek was nine years old, his parents took him and his brother on what he thought was a ski trip to Austria. Instead, as he soon discovered, the family was fleeing communist Czechoslovakia to join his grandmother in the U.S.

Once living in Chicago, his parents opened a restaurant, working seven days a week to provide for their new lives. Though Marek was sad about the life he’d left in Czechoslovakia, he learned a lot from his parents’ example.

“I think it taught me a lot about life, you know,” he says. “You’ve gotta just keep moving forward.”

Marek had always enjoyed art, drawing pictures on napkins during his shifts at the restaurant throughout his childhood and recreating them in paint later on. After running the family restaurant for five years after graduating high school, he used these works to apply to the School of the Art Institute of Chicago, where he was accepted based on his portfolio alone.

“I’m a strong believer in, your work is your work. And you’ve got to really show it off nicely. Because otherwise, no one’s going to take you seriously,” he says. “That still stays with me today. You look at my portfolio and it’s polished. I take pride in my work.”

Since earning his degree nearly 20 years ago, Marek has worked with hundreds of clients. He’s opened three different studios over the years, gaining so much work at times that he had to focus solely on business management and leave the designing to his employees.

Though most independent creators would be thrilled with this success, it can lull you into a false sense of security. If you have a big client or you’re working on retainer, he says, you stop hunting. It's easy to forget you don’t have a contract and you can lose everything in a moment.

“There’s no guarantee. And I think that’s the hardest lesson. I’m still going through it now, 20 years later,” he says. “Part of my brain forgets to do the work. Because I’m so into the creative part that I sometimes forget that this could end. And it will end, eventually.”

More important than continually looking for new work, however, are your client relationships.

“If you’re a graphic designer or any creative that’s coming up, you are in the service industry, whether you think it or not. You’re servicing people,” he says. “You cannot have a business without a client, unless you are your own client and you start your own brand. But then, now, your clients are out there buying your stuff. It’s all about good service, being available.”

With this mindset, Marek has maintained working relationships with some clients since 2009. He focuses on building strong connections, doing his homework beforehand to get to know potential clients both professionally and personally. He is also careful to remember that there is always something to learn.

Even if you do excellent work, he says, the inability to talk to your clients can kill potential contracts.

“You gotta overcome that fear. You’re not only a designer. You’re a salesman, you’re an accountant, you’re an errand runner,” he says. “You need to have all those things. Especially to run a freelance business.”

In fact, in Marek’s opinion, the term “freelancer” can’t fully encompass everything an independent creator has to be in a successful career.

“Are you a freelancer, are you an independent business owner, or, like, what are we?” he says. “And I think it all depends on the month.”

Even though he doesn’t have anyone on his payroll at the moment, he’s still intentional about working with other creators. Building your business up enough to develop these collaborations, he explains, is like creating music with a band.

“You can create a wonderful song with just an acoustic guitar, but, man, it sounds so much better when you have bass and lead guitar and a synthesizer, you know, and you do something together, you’re creating art together,” he says. “And I feel like in the last five years, that’s what I’ve been doing, creating art with other people. Even though I’m the face of MH Dezign, MH Dezign is so much bigger than me.”

You might only think of yourself as a freelancer now, but growing your business offers endless potential for future possibilities.

“I think you start out as a freelancer because it’s what you’re called, but you become an independent creator, a business owner. That’s where you want to be,” he says. “If you get two to three big clients coming through that door, there’s no way you can do it by yourself. So you’re going to have to be a manager, an accountant, a director, and suddenly you’re not a freelancer anymore. You’re running a solid business.”

Get the full story on Marek’s career and experiences here. Tune into this episode to learn why you should never take equity/exposure as pay, how living beneath your means can benefit your career, and why having a side hustle as an independent creator can turn into something magic.

‍
Find Marek at MHDezign.com and on all of the social media sites at @marekhosek. 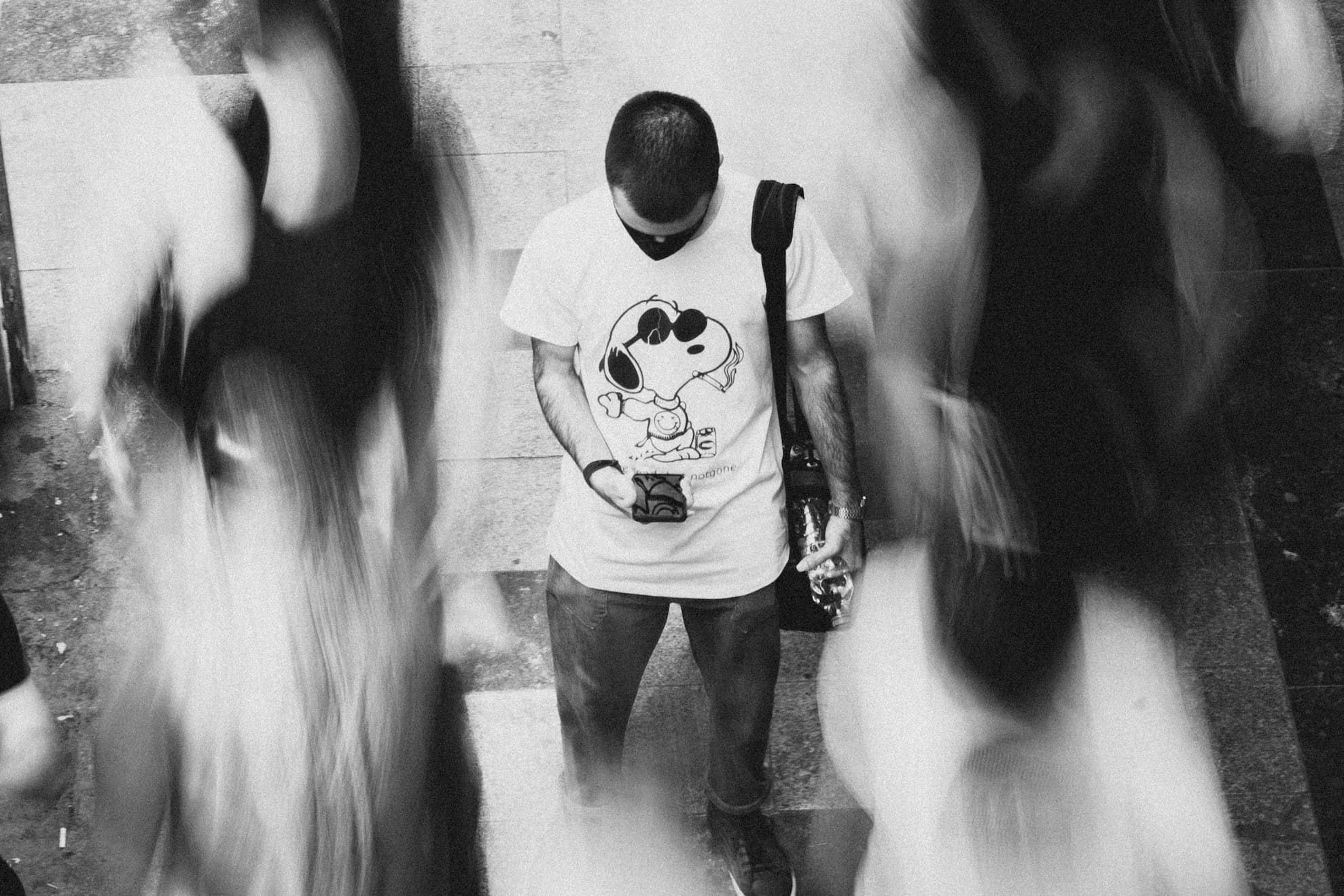 How to find your freelancing niche

Freelancing is a broad industry, and finding your niche may be harder than you thought. Check out this guide on how to find your freelancing niche. 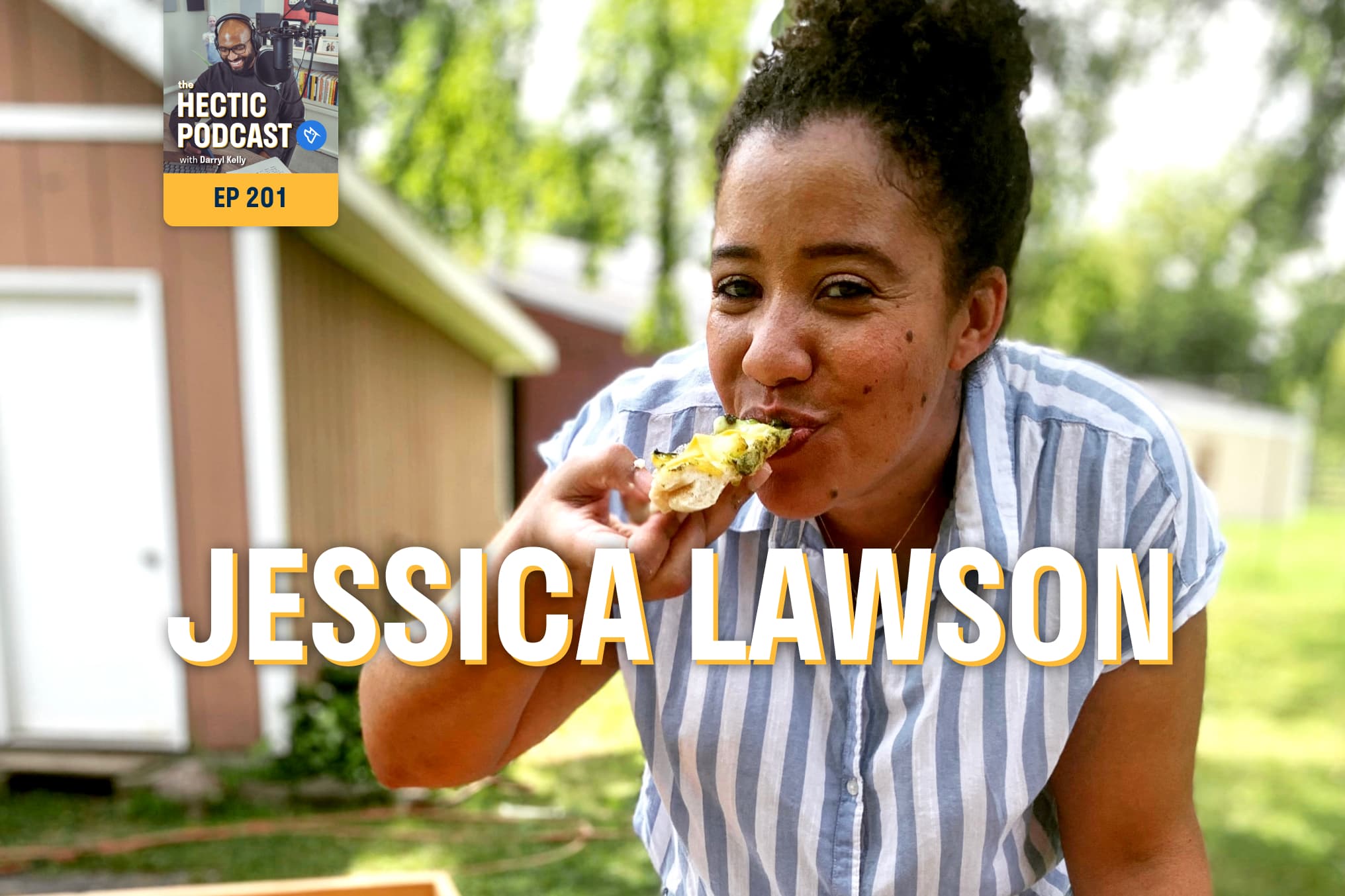 Jessica Lawson has always loved to cook. From her toddler days of using a stool to help her grandma in the kitchen, cooking has been a safe space. 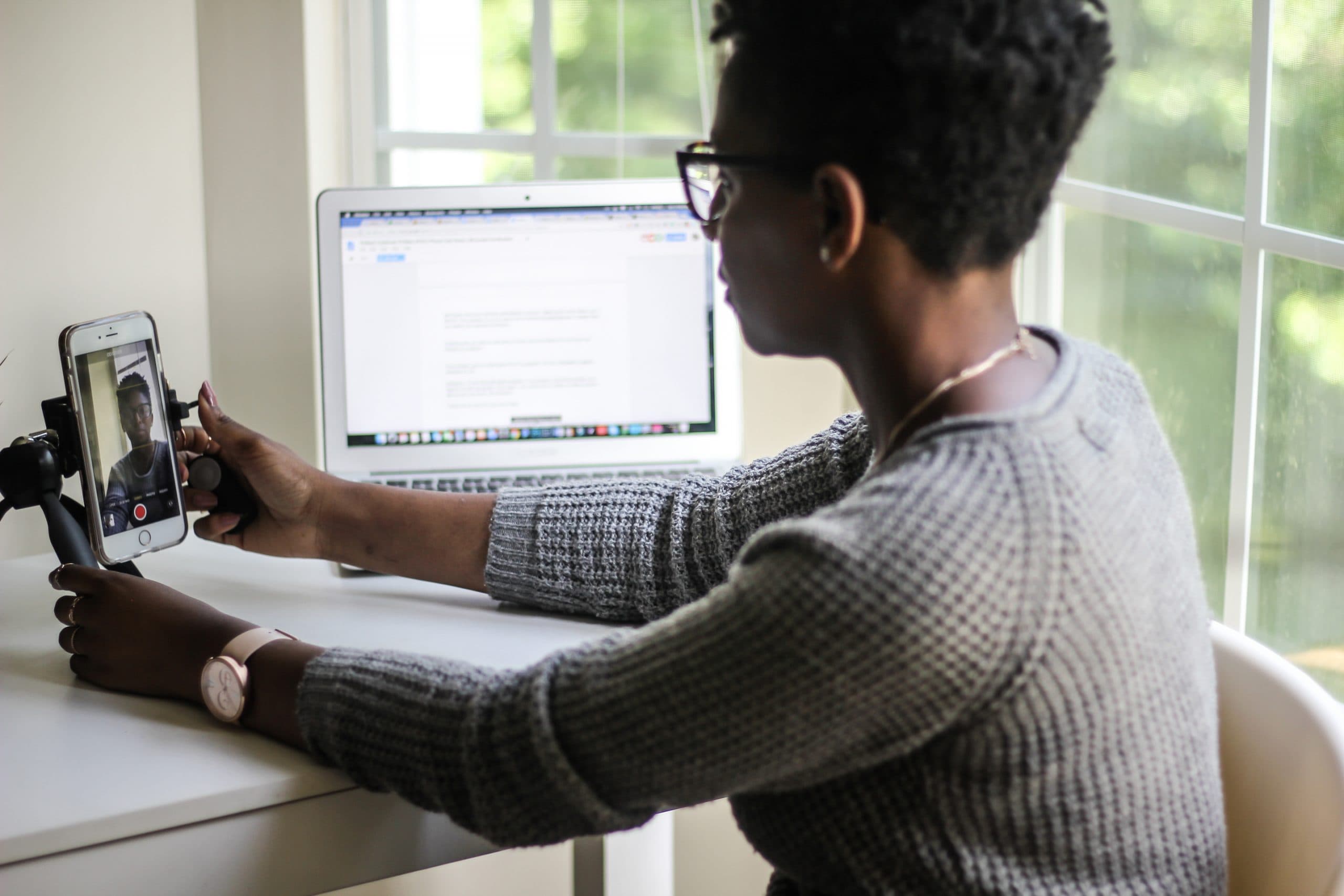 How to avoid scams aimed at freelancers

Managing your own freelance business also means knowing what to do when you’re targeted by scammers. Here are some common “freelance scams” and how to avoid them.